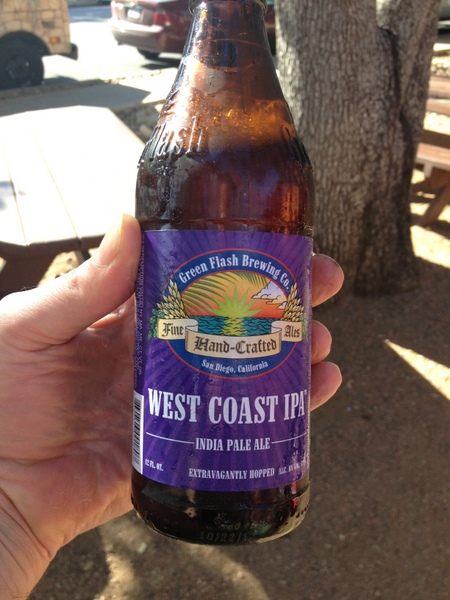 I am skeptical when someone who drinks apricot ale tells me he has a good IPA for me to try. But I tried one and I have to say that I will give him a pass on the apricot jokes for one week (already underway.)

Green Flash Brewing is an outfit out of San Diego that does a good job of putting out quality beers.  West Coast IPA is a mellower IPA, with a good hoppy taste, but without some of the stronger bite that I typically prefer.  Think of it more like a pale ale than an IPA. IPAs typically have more bite to them than a pale ale will, but that is not to say that one is better than another.  West Coast IPA would be a great alternative on a hot afternoon when you are looking for something a little smoother.

At ~7% ABV it has a good kick, but that being said, I thought that their Extra Pale Ale had a bit more flavor to it, more of a citrus aftertaste.