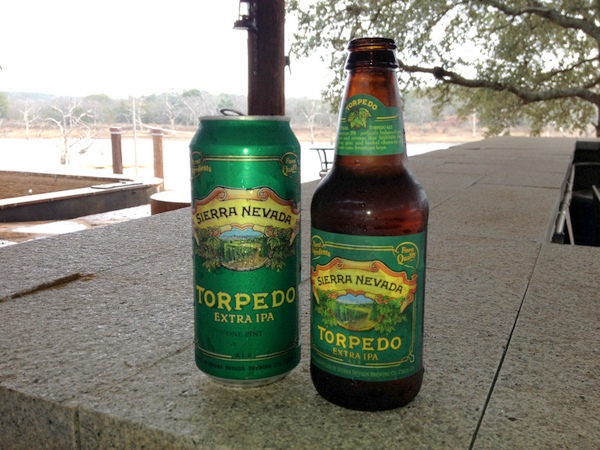 Similar to: This is a hoppier IPA, it is more in line with things like Stone and Bear Republic Racer 5

This is my "go to" beer after most rides.  I prefer the hoppier IPAs and Torpedo delivers. It has a crisp, clean taste, but those that are more of an "American IPA" fan would probably perfer to pass on torpedo and instead opt for something a little more tame.

The best news is that Sierra Nevada pushed the limit and moved to cans as well as bottles.  With both 12 and 16 ounce cans available, it makes it a great addition for poolside or boating activities.  And lets be serious, 16 ounces trumps 12 ounces any day of the week.

Amazingly, while this is a strongly hoppy beer, it goes well with hot spicy food like Indian or Thai.

With an ABV of 7.2 it packs quite a punch compared to most of the IPAs that are out on the market, but not quite as much as the typical double IPA.