I've been pretty consistent on tires. After shifting to 29" bikes I have ridden Maxxis Ardent (2.4") almost exclusively; I've been very happy with the performance and expectations, especially in corners and sketchy chunk. The other exception is On-One Chunky Monkey (2.4") that I typically have on my singlespeed. I had been running Pirelli Scorpion M tires for a while on my full suspension Orbea Occam and they were fine, but they lacked some of the cornering and grip of the Ardents. I decided to try some Forkasters on my Occam and I find them to be better than the Scorpions but not as good as an Ardent.

Let's begin with the simple question: Why?

Basically the 2019 Occam came with a Forekaster on the back and an Ardent on the front. After about 5 or 6 rides I swapped to an Ardent so that I was running the same (favored) tire on both wheels. I picked up a second Forekaster just so that I would have a matching pair if I ever needed a quick swap. I decided to put the Forekasters on as the Scorpions wore down. The high-level answer is that they fall in between the Ardent and the Scorpion. 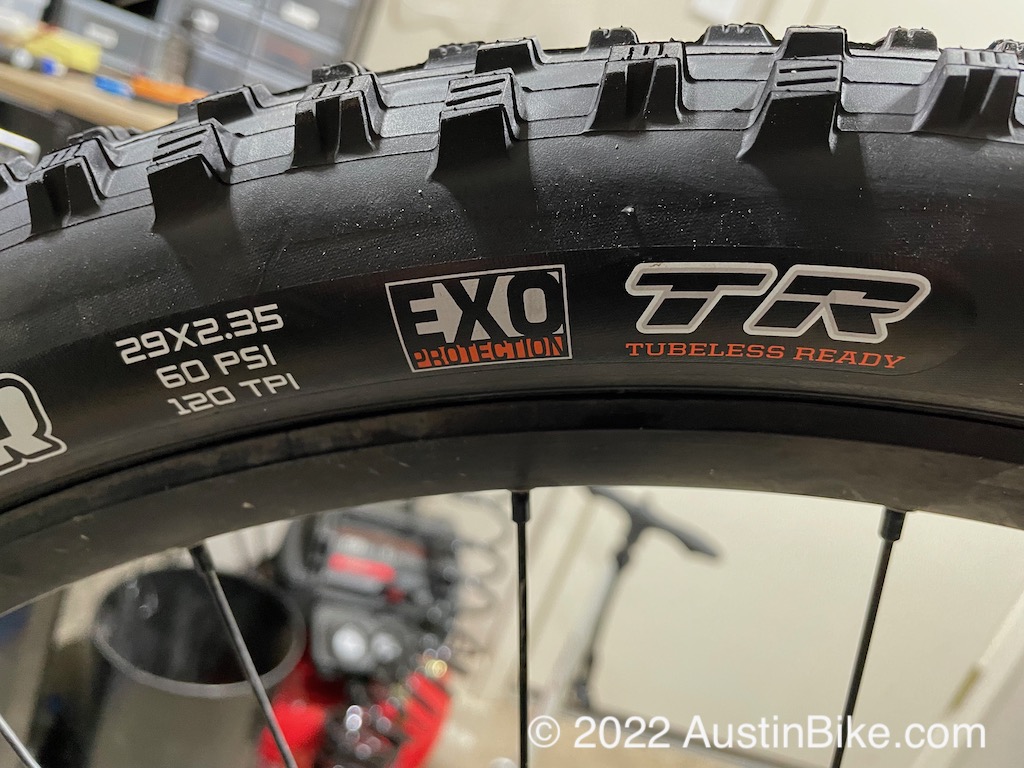 To begin with, the tire is only a 2.35", which makes it a bit narrow for most practical uses here in Central Texas. There was a time when 2.25" tires ruled the earth, but that trend died out faster than Netflix mailing you DVDs. These days 2.4" is the "narrow" tire. Anyway, the width might be a nice compromise for racers who are looking for less rolling resistance. These are fast tires because of their width, but they are also a bit narrow for some of the rocky climbing that we do here.

The tires feature EXO protection for the sidewalls; I tend to run higher pressure than most so I am not concerned as much about sidewall punctures, but if you are riding the Back 40 in Bentonville, EXO is a nice feature to have. They are tubeless ready and they popped right on in the first try. I put the tires on without fluid and aired them up with a compressor. They held ~40 pounds of pressure for a day with no issue so I filled them with Stan's and dropped the pressure down to ~28 pounds. 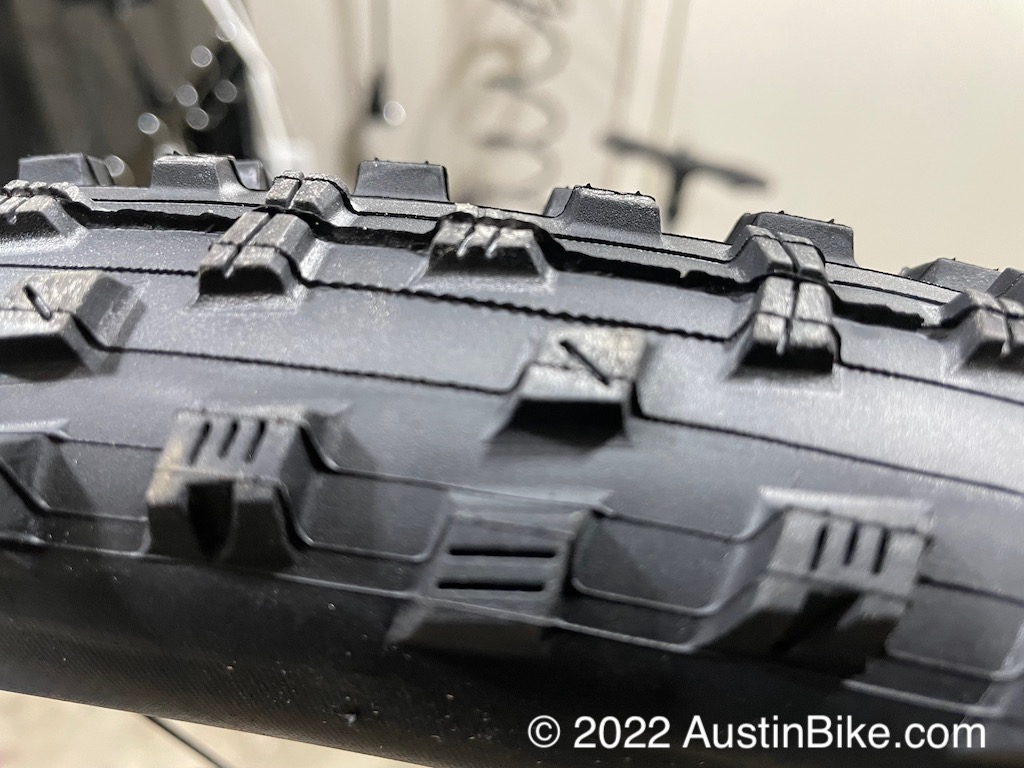 The tread is a bit more open than an Ardent, giving them a lower rolling resistance and higher speed. You'll note that the side lugs sit pretty tight on the tire, they don't hang off the side like an Ardent, so there is not as much "bite" in the corners. 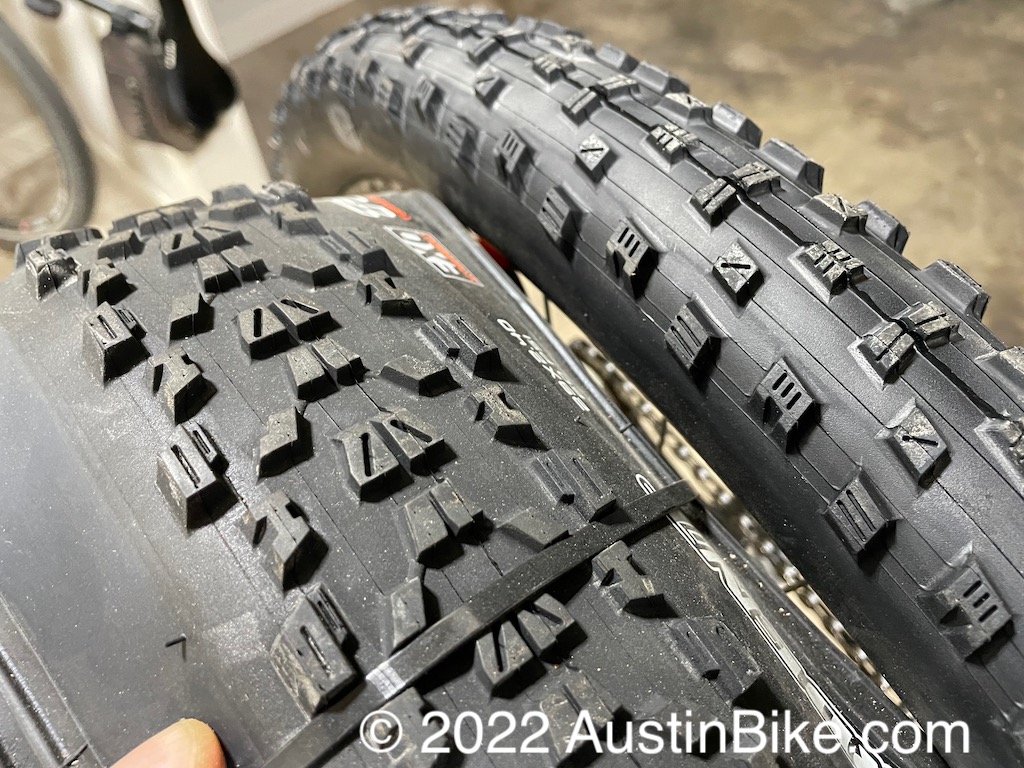 Speaking of an Ardent comparison, here is a Forekaster (right) with an unmounted Ardent (left.) You can see the more aggressive tread on the Ardent and the wider spread. The height of the side lugs should give you an idea of the grip difference between the two in a corner. 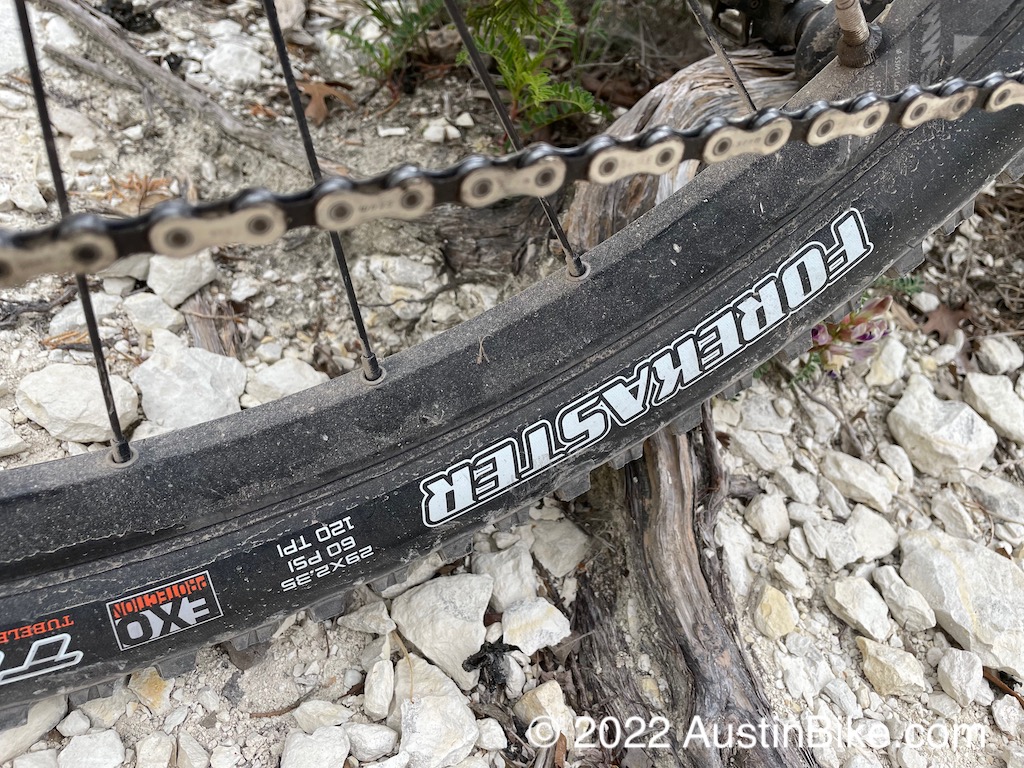 Having ridden the tires for about two months now, I can confidently say that your brain takes over 80% of the time. After a couple of rides your brain seems to zero in on the characteristics of the tire (or any component) and compensate for the component.

I find that my riding style is a little different now, and when I eventually go back to Ardents I'm sure that my brain will reconnect with the tires and my riding will change as well.

If you are a racer or enjoy going fast, this is a great tire for you, it gives you the speed and lower rolling resistance that you will crave. But if you are a more technical rider that is dealing with climbs, drops, ledges and other trail features, you may want to keep your eyes in the 2.4" and higher camp as these tires require a little more finesse in your handling. The sloppy style of big tires will not play out as well here.