Similar to: A bit stronger than Shiner Bock

What I love about Austin Beerworks (other than their beer) is the fact that they are located relatively close to my office. On this particular evening, we rode our bikes from my office to their location.  Sure, you have to contend with some sketchy traffic at Burnet and 183, but once you are past that, it's clear sailing.

Austin Beerworks is trying to create an interesting twist on dark beer.  Traditionally dark beer is sold year round in Germany (dunkel), but here in the US, the typical beer drinker is not a fan of those styles. Because of that bock beer is popular in the spring but then disappears for most of the country.  Shiner did a good job of lightening it up, making it a year-round beer, but in reality, some of the flavor is lost.

Austin Beerworks did a good job of lightening the traditional heavier German dark beers yet retained more of the taste.  It still has a distinctive taste, what I would want from a German beer, yet it is lighter than the traditionals, giving you more room in your belly.

I liked it a lot, even on a really hot day where we were riding at the hottest part of the day. 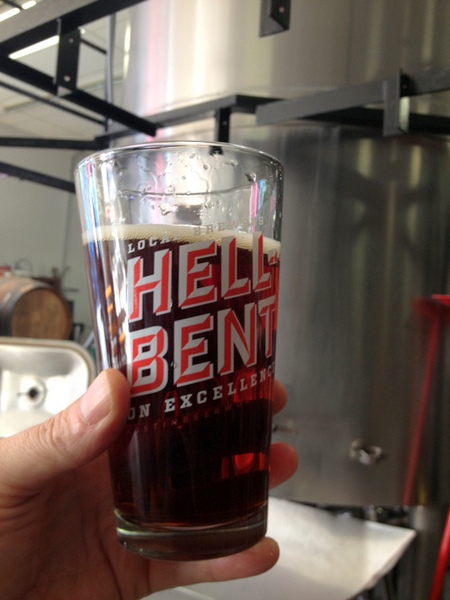