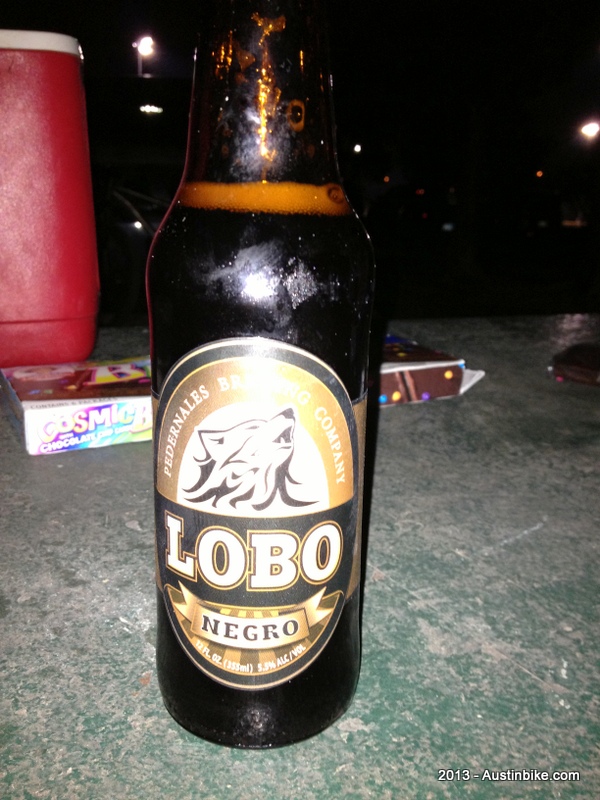 Location: At the Tuesday R&I

When the guy that normally brings the Steel Reserve to the R&I offers you a beer, you take it very carefully and examine it before the first sip.

The fact that this was made in Fredricksburg is a step up from what Todd normally carries, and that should mean that it is relatively fresh based on the proximity. Doing some googling after the fact I stumbled across people calling it a dunkel, but just as Shiner Bock is no real bock, this is no real dunkel.

But that doesn't mean it's bad. Actually, it is pretty good. The beer has a crisp taste too it, and unlike a lot of dark beers, it doesn't sit too heavy.  This beer is clean and drinks more like a lager than the typical dark beer, which is good news for Texas because when it gets hot down here, as it always does, heavy beers run for cover.