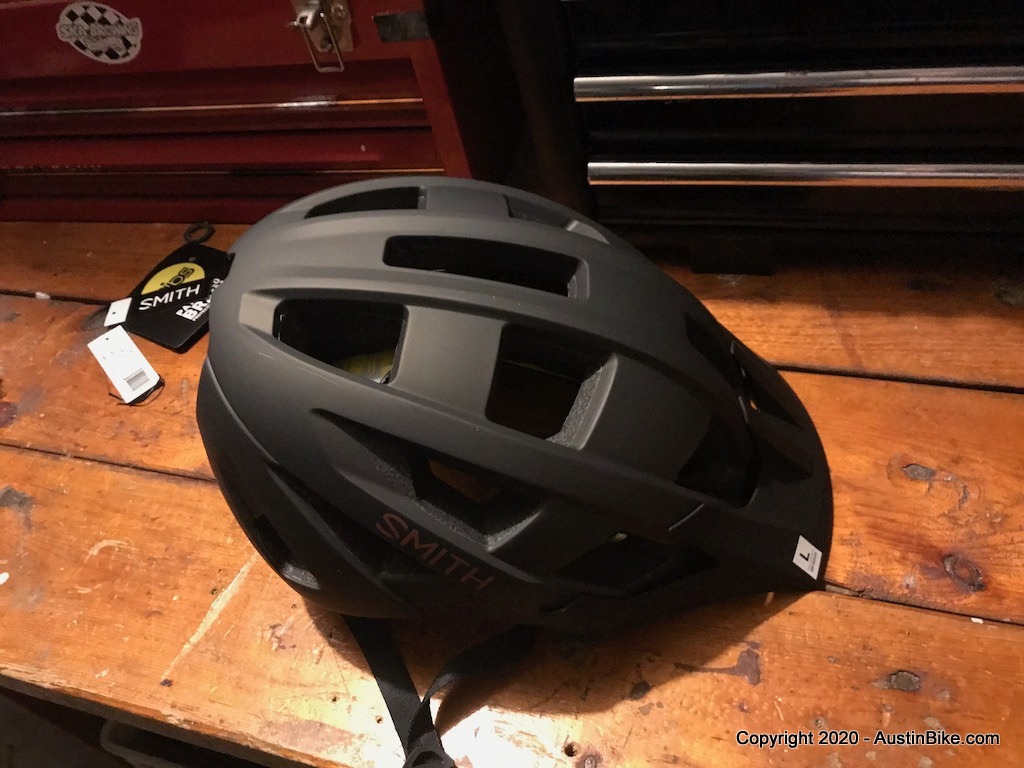 I wanted to like this helmet, I really did. It had an awesome price point ($110) and MIPS protection. I've used other Smith products in the past, and they have always been quality, whether I am on the slopes or the trails. However, this helmet fell down in use and it literally only made it around the block before I circled back to the garage, took it off and put on my old one. I so wanted to be wrong.

For me buying helmets is a total pain based on the shape/size of my head. It is increasingly difficult to find a helmet that fits comfortably and the damn COVID 19 pandemic has really cut this back even more as I am not fond of heading into a retail store to try things on. I ordered the Smith Venture and the first problem popped up when I took it out of the box. The visor was not attached. There are four pegs that hold the visor on, one of them was broken off and interestingly was not in either the corresponding helmet hole or the box; this might have been a return. I won't ding the manufacturer for that one. 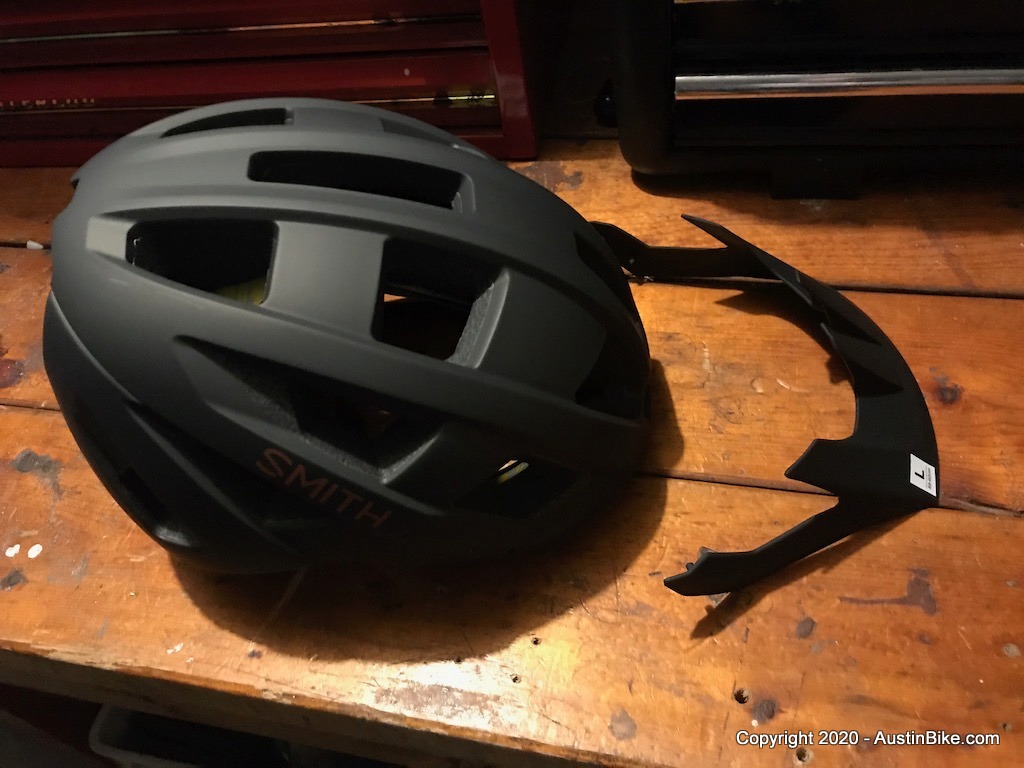 The big reason that I I boxed the helmet up was visor-related, but not the broken piece (I would have just done a warranty swap.) When I did my test ride the first thing I noticed was that the visor hung low. Real low. I could not see anything in front of me. This would be a big danger on the street where 2000 pound chunks of steel are hurtling at you, but equally an issue on the trails where a sudden drop or other feature could toss you off the bike. I have never had an issue with a visor in the past and I wonder if the new generation of MIPS helmets, with more protection in the back, are causing this. Regardless, the visor not being adjustable was a deal breaker for me.

My advice if you are looking at this in a retail store: try to sit on a bike to see how the visor angle is for you. I realized it in the first 10 seconds and it was 100% a deal breaker in under a minute, it was not one of those things that takes a long time to diagnose.

On others the helmet may sit well enough that the visor does not obstruct the view, but for me and my head shape, I was looking at a lot of painful neck aches from riding. 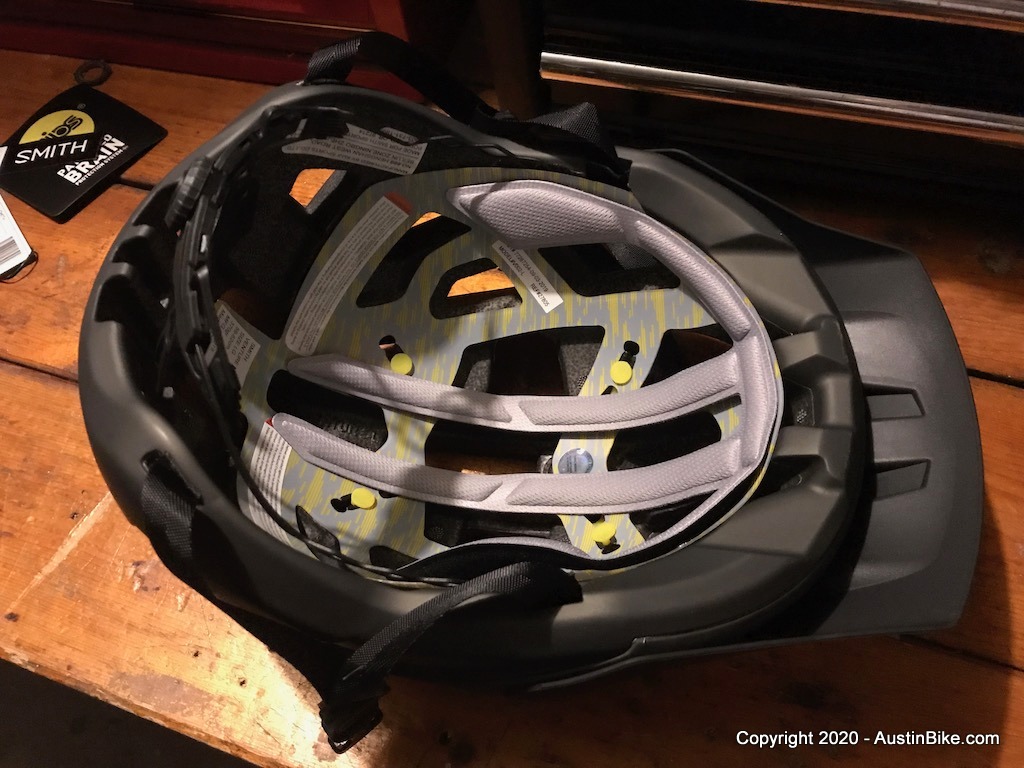 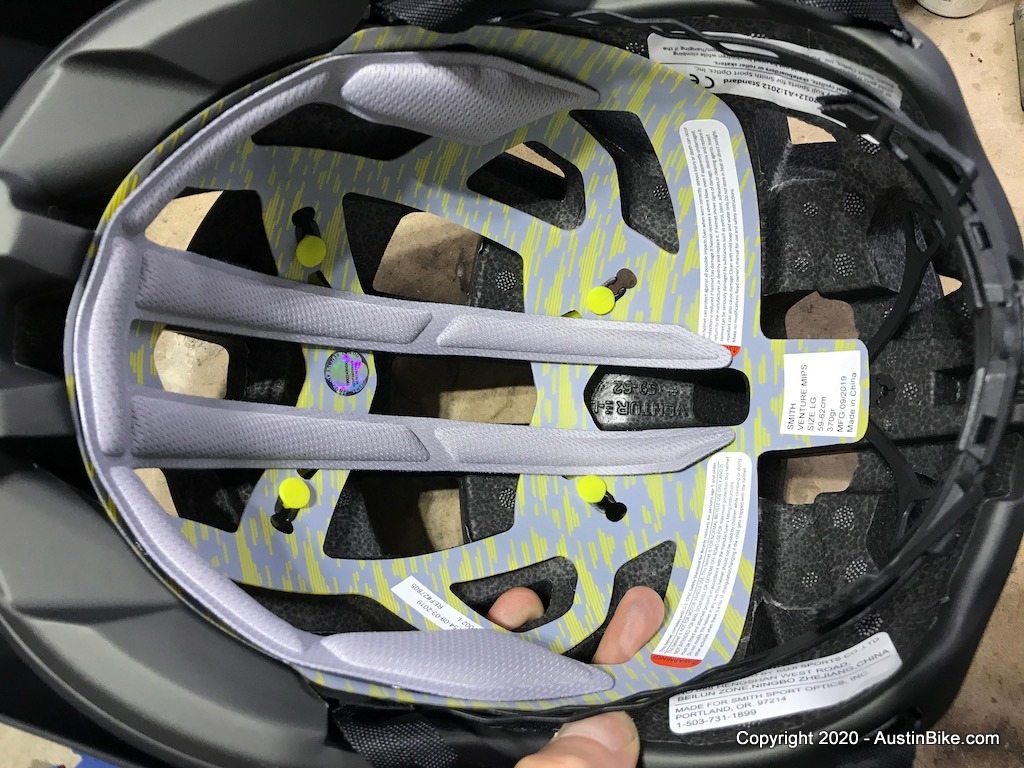 Internally, the MIPS system protects the head from rotational forces in the event of a crash. I'm no scientist but it seems like the small price premium that you will put out for a MIPS helmet makes it a good idea. I hope to never need the feature and seriously hope I threw my money away on something that I never needed. That is a win-win. 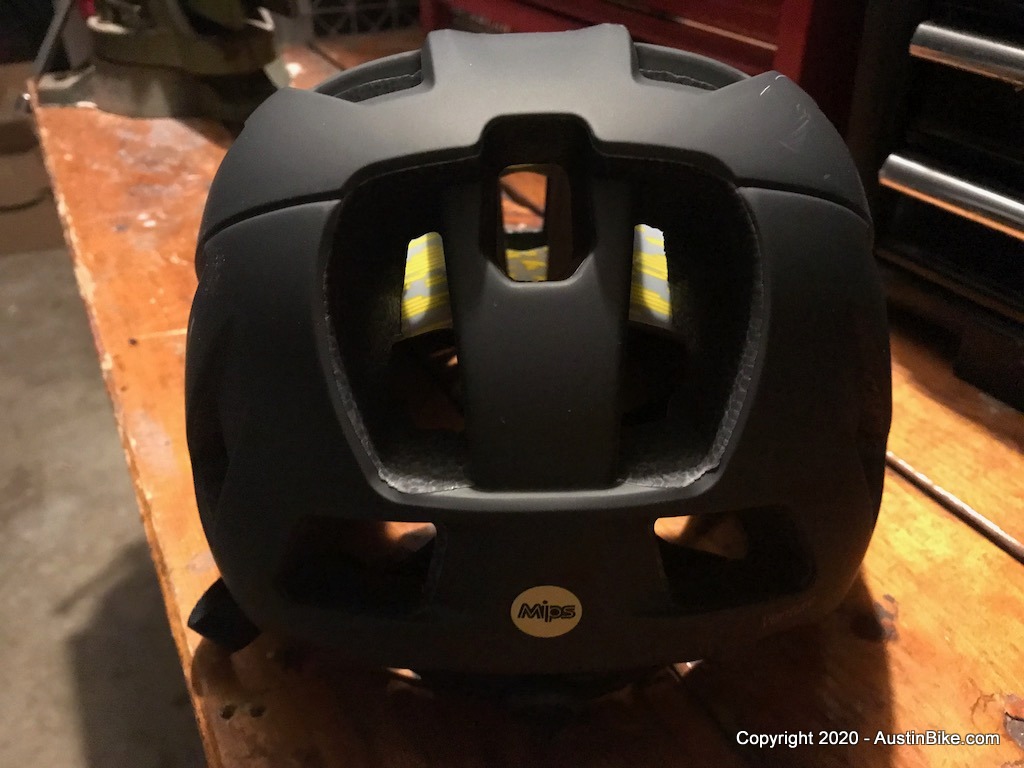 The rear of the helmet has a deep back giving you lots of cover for the back of your head. I have seen this primarily in MIPS helmets so I do not know if this is a MIPS component or not, but if you have ever fallen backwards onto rocks, this is a welcome feature for any helmet. 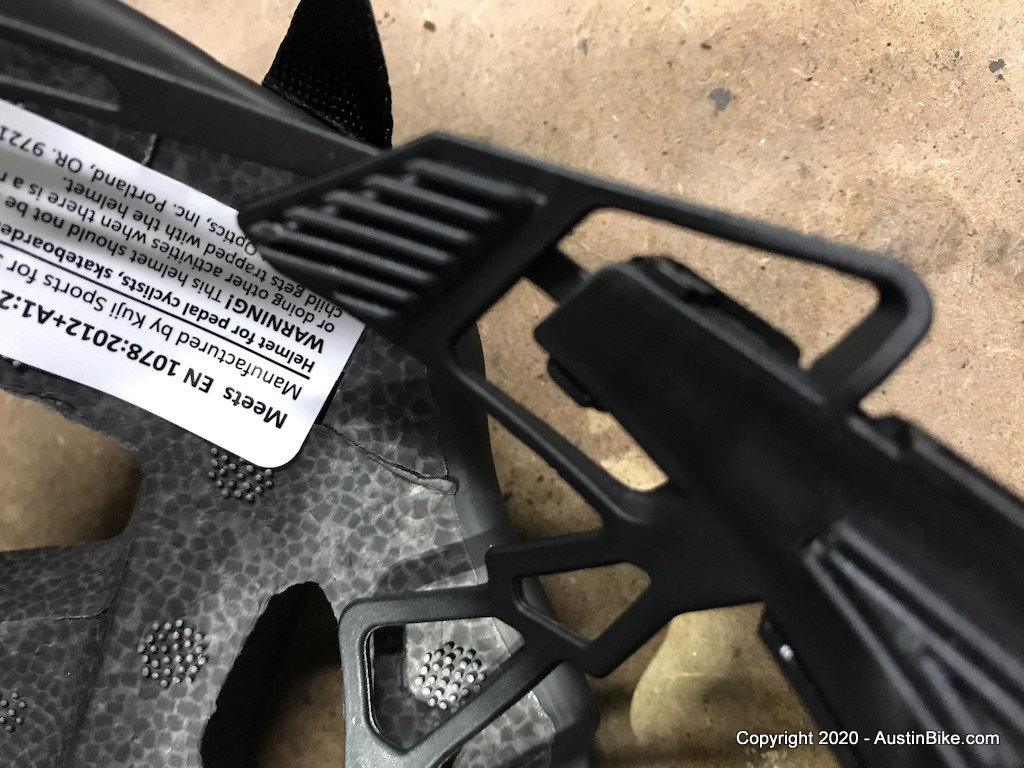 The last 1/4 of the inside of the helmet was not comfortable to say the least.

There are two pieces in the back of the helmet that are part of the adjusting mechanism - the "striped" pieces above. Those two contact points literally dug into the back of my head and made the fit uncomfortable overall. I am pretty sure that I could have put some medical cloth tape or something else on there to remove the pain of contact, but the big question would be "why?"

Having spent that much on the helmet I would want a more comfortable contact point on my head.

The helmet has around 20 vents and was definitely good on airflow for the brief ride around the block. Can't say how it would be in the Texas heat, but my guess is that it would end up on the cooler side based on the venting.

My overall impression was that this was a decent helmet. At $110 it was a good value, not the cheapest in the Smith line but also very far from the most expensive offerings. If the helmet fit and was comfortable I'd be all over it. I'm a little more picky than most based on my head, so I had to take a pass but I would still recommend that others give this a try because it is probably a great helmet in some situations.