I have been a fan of dropper posts for quite some time now, but I have always used the KS droppers (i950r i900r and Lev), but after having plenty of service issues, I opted to head down the path of a different vendor and picked up a PNW Components dropper. I needed to either service (~$100) or replace (~$300) the dropper on my full suspension bike because it no longer raised back up consistently. At only $199 on Amazon, I figured this option fits right between the two choices, and I am glad that I chose do head down this path.

The KS i950r had been serviced roughly every 9 months for the past few years and the way it was sticking in the down position was something I had been living with, grabbing it between my legs and pulling it back up again after each dropping. I had forgotten the joy of riding with a dropper and more often skipped using it because I knew I was going to have a climb on the other side of the drop and might not be able to get it back up in time.

The dropper comes with 2 pieces in the box, the dropper itself and the accessories: 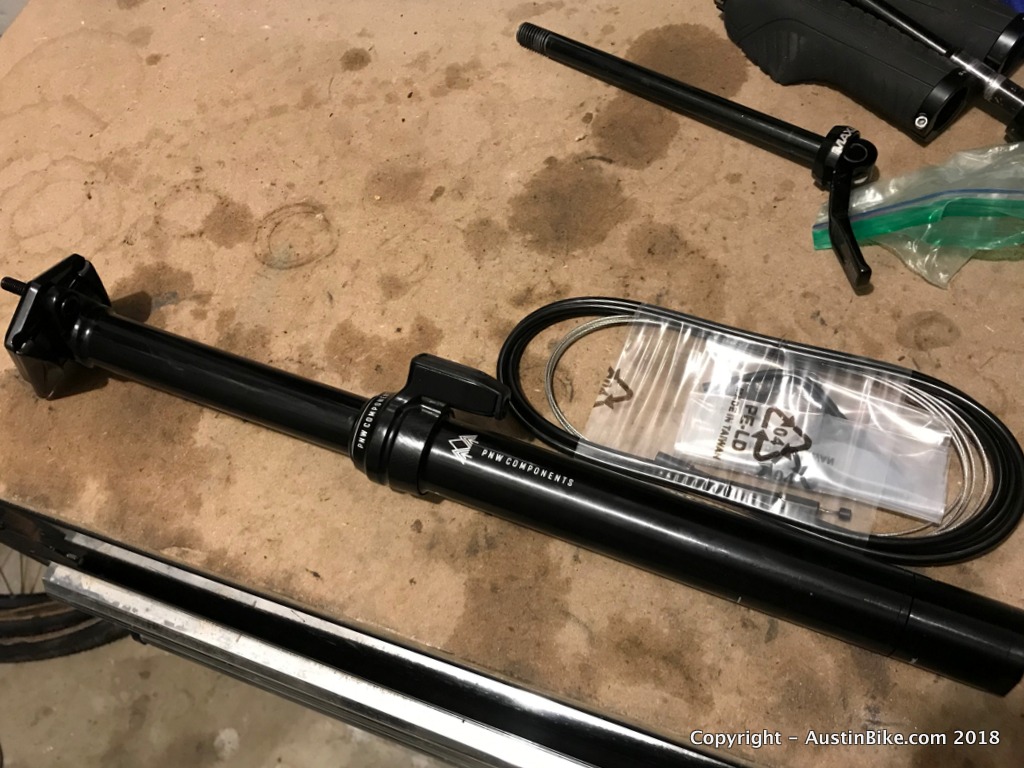 One of the biggest pains with any seat post (not just a dropper) is getting a saddle onto the post easily. This task generally falls into two categories, either "wow, that was effortless" and "holy crap it's been almost 20 minutes and I can't get this thing right." The PNW falls into the former, I had the saddle on in no time. 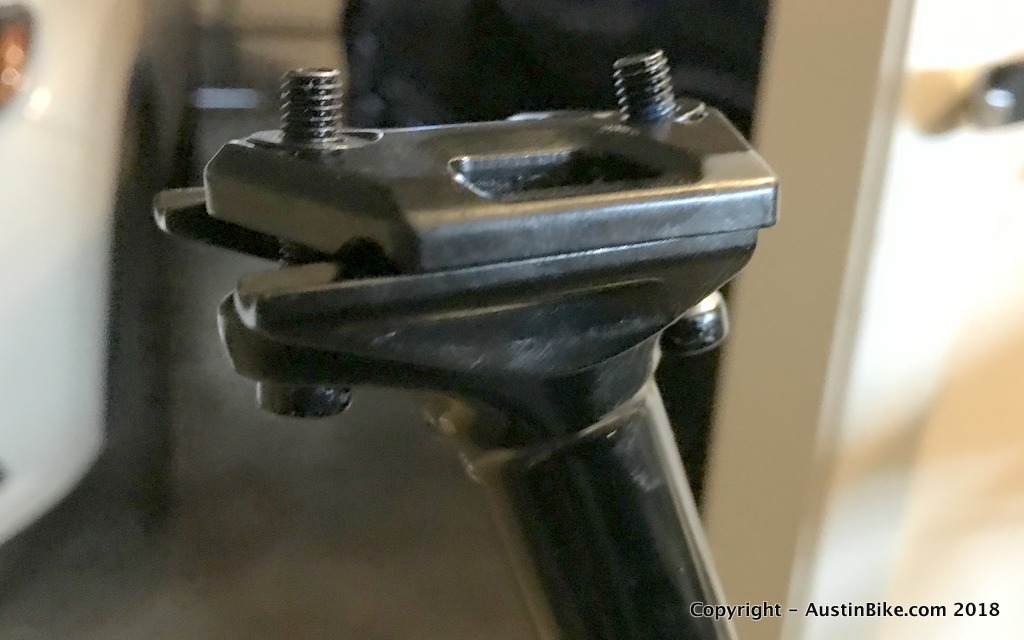 Unlike the other droppers in the market (i.e. the whole KS line) the seat post connection is where the cable starts. This means that no adjusting has to happen at the post level. Once you are set up you're done on that end of the installation. I like this because, with the KS, if the cable slips or stretches out, you are monkeying with that cover on the post. I've seen a lot of people with lost covers (and I have found some on the trails.) Because of that I always put an extra zip tie around the cover to make sure it stayed on. 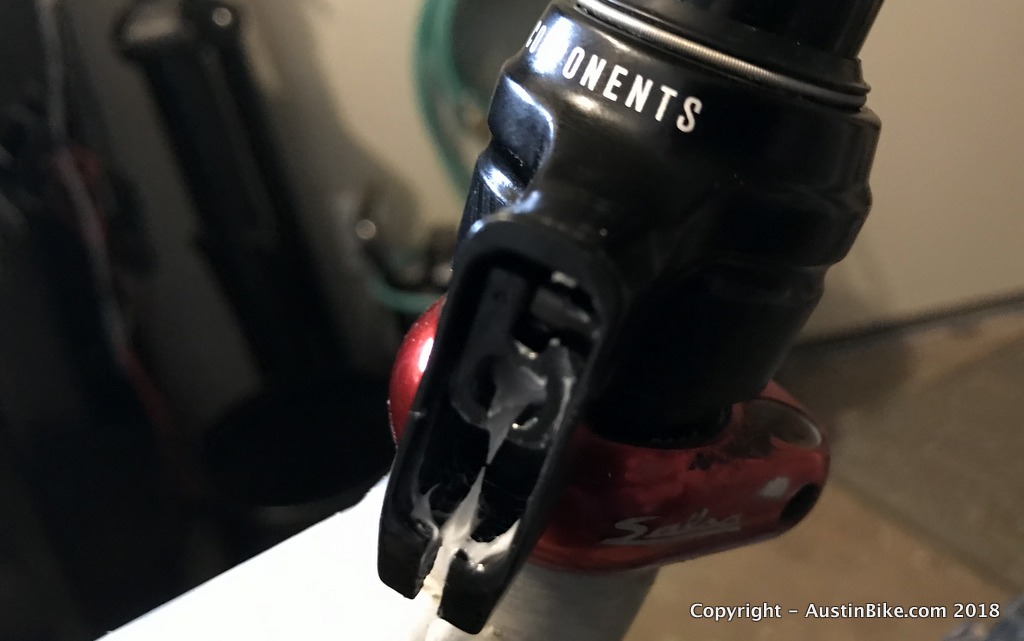 The lever includes a sleeve with a ferrule adjuster that keeps the proper tension as the cable runs over the brake lever and allows adjustment over time: 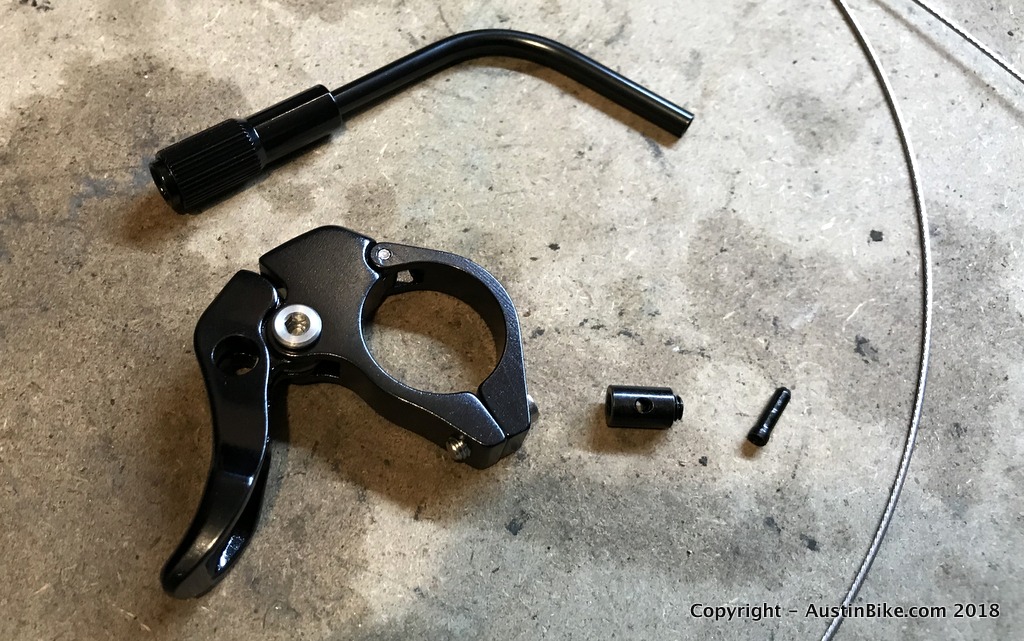 The lever is a little large for my taste, it feels like it is more likely to get bent or broken in a crash. The adjustment of the cable happens here, vs. the dropper, so the extra cable that you need to pull it tight comes out of the bottom. Because I installed this for the first time, I purposely left a little extra cable on the end in case I needed to change in the future. I will be cutting the housing down by an inch or two after I have the whole thing worked in for a few weeks. At that point I'll cut the inner cable down as short as possible. it just needs to be long enough to grab with a pair of needle nose pliers. 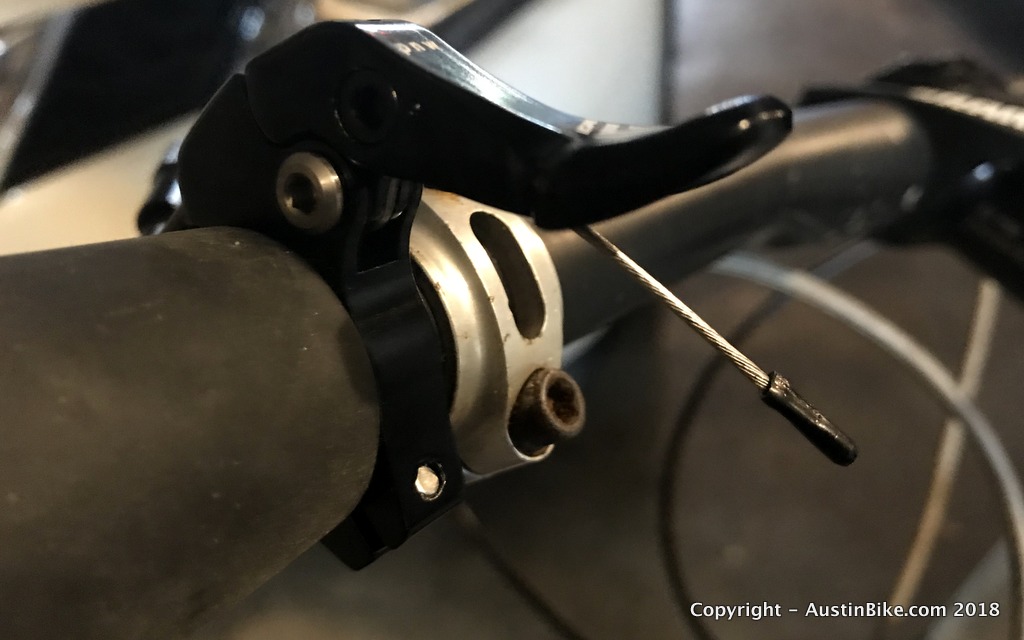 One downside is that the lever does stick out fairly far, so dropping the seat is a little more difficult than on the KS where the lever is much smaller and closer to the grip. I bought the 125mm version which comes with the 2X lever. In retrospect, I *might* have been able to get the 150mm on my bike and that would have come with the 1X lever. PNW also sells an aftermarket lever but it's $60 so I think it will take a few months of annoyance before I dig deep for that purchase. 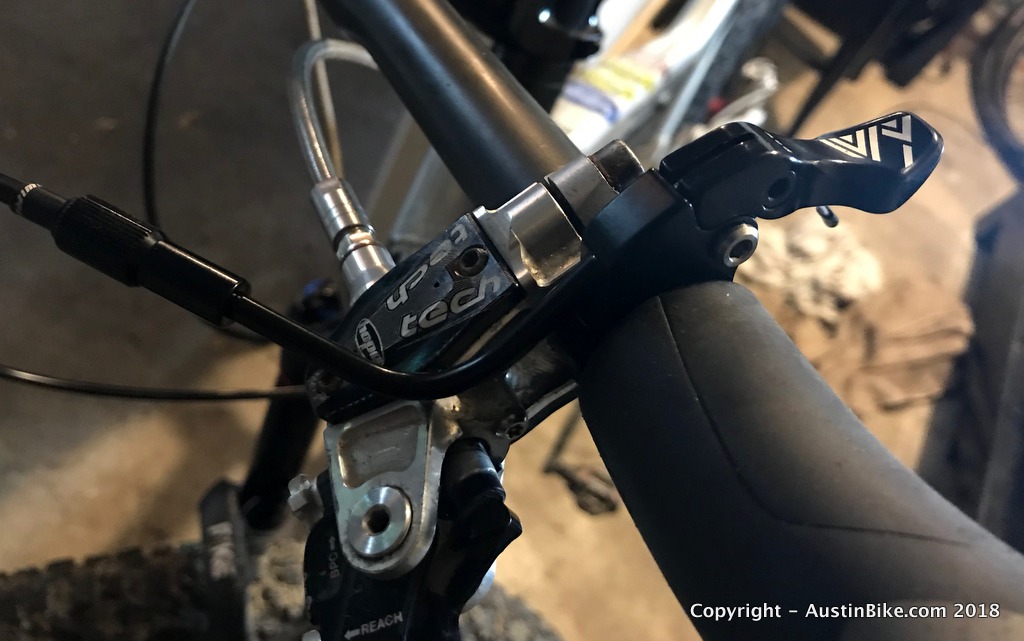 The i950r that I took off the Niner was 125mm and basically fit pretty close to the clamp so I assumed that I needed the 125mm as well. After the first mile it was clear that the seat needed to be higher. Looking at the extra room that I have now, I probably could have gotten a 150mm. Either way, 125mm is enough seat travel so I feel like this is an acceptable size for my bike. 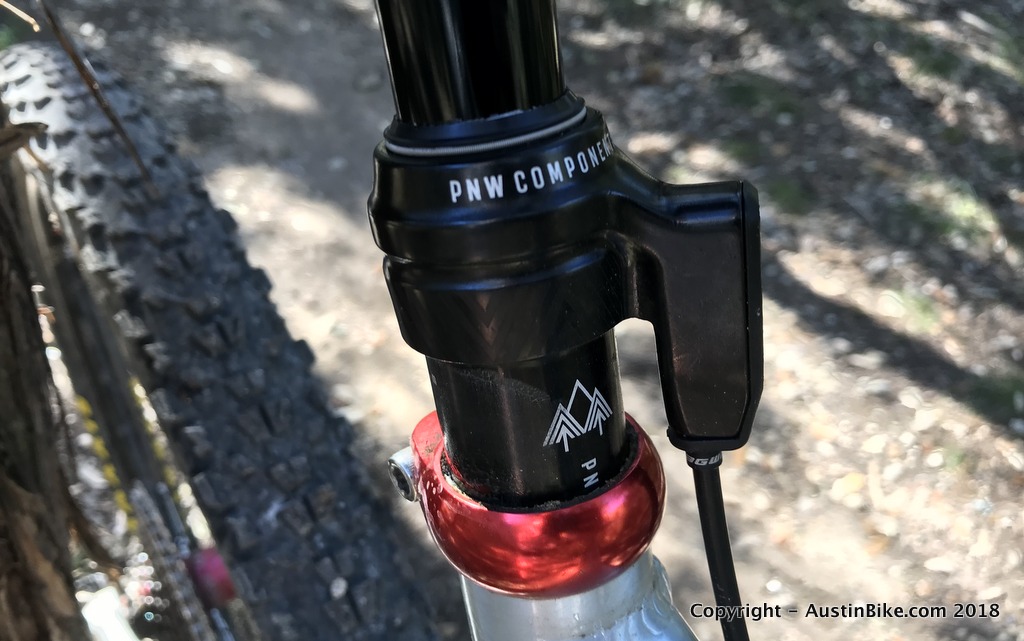 The machining and fit/finish of the product is outstanding - the quality belies the aggressive pricing, it felt like a Lev, solid and beautifully finished. The installation and setup were simple and straightforward. I was able to get the whole thing set up without looking at any manual. The only specialty tool that I needed was a cable cutter to cut both the housing and inner cable.

In use, the dropper is smooth and solid. The action is a little slower than the KS Lev on my singlespeed, bit it is solid. After a few rides you get used to the differences in action speeds the same way that you adjust to a Shimano or SRAM derailleur/shifting or braking. Eventually your head compensates and all is good.

The recoil back up is perfect. I can now drop the seat on short drops that have a quick climb on the other side and not worry about the seat being in the right position when I need the leverage for climbing. I have only used it on 3 rides so far and it has been rock solid. The fact that this was a $200 purchase really puts those other droppers to shame that are in the $300+ range. I thought this was a "help me get by for a while" purchase and now I would put seat tube into consideration on a new bike in order to bring this dropper forward, in lieu of getting a newer (more expensive) option.

So, what is my overall grade? Clearly this is an incredible value, I give this dropper a 9 out of 10. If there was a lever option on the 125mm it would be a solid 10. I highly recommend these as an option for Central Texas riding.

EDIT - As a followup I had an issue arise (party my problem) and PNW sent a replacement second day air so that I could still do the BCGB Death March, outstanding customer service!