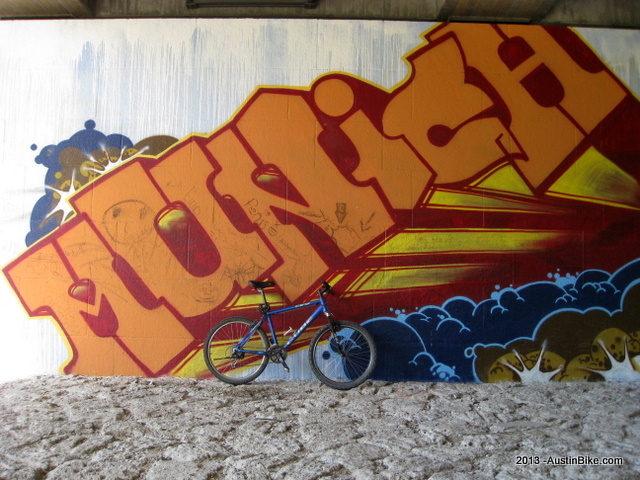 The Isar river runs through the middle of Munich. Along the east side of the river you will find miles of trails that run down the river. I rode from the Munich Hauptbahnhof (central train station) to the river in about 10 minutes. Then I took the river all the way down past Grunewald about as far south as Starnberg before turning around.

Directions: From the Hauptbahnhof, follow Siedlstraße down south, and eventually bends east and comes to the river. Hop on the river headning south, on the east bank.

Length: Depending on how you count it, there have to be 20+ miles.  Not sure how far they extend down, but they seemed to go on forever.  It is an out and back.
Trails: Flat, dirt trails. Not much elevation to speak of.
Trail Map: None that I know of
Elevation:

Shade: Lots of shade, but summers don't get that hot here.
Extras: Beaches and lots of biergartens. Be careful of the beaches, most are nude - don't think hot German girls, think old German men.
Fees: None
Post Ride Beer: Why have a post-ride beer? They have their own biergarten so you can grab one in the middle of the ride. I had a Lowenbraü Dunkel.
Links: Link
GPS File: GPX Format
Video: