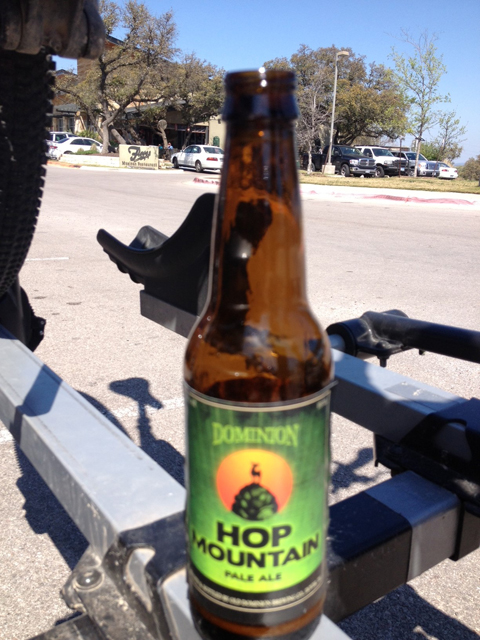 Had one of these from Bill after a blistering day of climbing and riding out at Lakeway.  I was looking for something hoppy and this fit the role.  Bill had it imported from Delaware, a place he swears is an actual state (yes, I will google it just to see who is right.)

The beer had a crisp flavor and good hops.  Compared to a Sierra Nevada Pale Ale it had a bit more flavor and little aftertaste. The beer was slightly warm, but still had a good taste too it, something that can be an issue for some pale ales that get too rough tasting if they aren't really cold. This would be a good beer for the non-hop people who want to dip their toe into the hoppy pool as it has a nice balance.